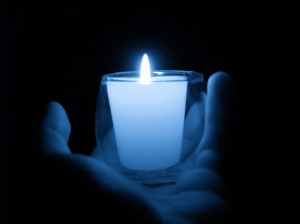 you are as landscape that slowly-slowly changes
and radiates in the beams of the sun
or twinkles in the drops of the rain,
as if walking on sand of a volcano
as a strange clump that penetrates
the internal craters of the heart
where I run to them to hide…

I want to see entirely your figure
inside my upsetting hours,
waiting for your shade,
as a lightened drop from a sunshine,
as an uneasy song in the window blinds,
as the light of the candle in a fluid space,
as a string magic and free,
your caress to bloom on dry almond trees
in various iridescence to unroll…

I got tired of my spirit to be incompetent
as a tormenting neurotic process
in between lies and truths.
I don’t want anymore to become a prisoner
of a charm so much mysterious
that is evaporated in a few minutes…
I don’t want anymore to live moments
near in the hysteria
and the world to unfold around me
as one ungrateful conspiracy.
I will not wait for a invisible future anymore
neither will succumb in the imminent deaths
as another absolute form of roaming.
I want now the journey in
the enchanting depth of your pictures.
I want now to undermine the directness
of ridiculous heart-breaking aspects
of this exiled life
that exists only as a ghost.
I want now the wind to blow
in the sails of the people
and impenetrable surfaces to cross.
Suppressing the order of things
leading them to the ataxia,
chasing away the sordid masks
of alienation and decay…

Come to free our souls
break the chains which have us
prisoners in stakes of morality,
stripped naked towards liberating lights,
under the leaves of the Autumn
before the thunderstorms catch us …

I see you beyond the borders
in worlds without cries of despair,
touching the clouds of the night,
raising tightly in our hands in the harmonies,
embraced to resist
in the maelstroms will come…